ICOSAHEDRON I is a work of our platonic solid series. Platonic solid is a regular, convex polyhedron in three-dimensional space. It is constructed by congruent regular polygonal faces with the same number of faces meeting at each vertex. Only five solid which are tetrahedron, cube, octahedron, dodecahedron, icosahedron meet those criteria. In a theory of greek philosopher, Plato, each solid represent one of classic elements which are earth, air, water and fire. This work represent matter of heaven which is like Plato said. The light filled over the T4 of Oil Tank Culture Park, Seoul. The work is exhibited in Media Gallery a main part of Seoul Sharing Festival 2018 presented by Seoul Metropolitan Government. 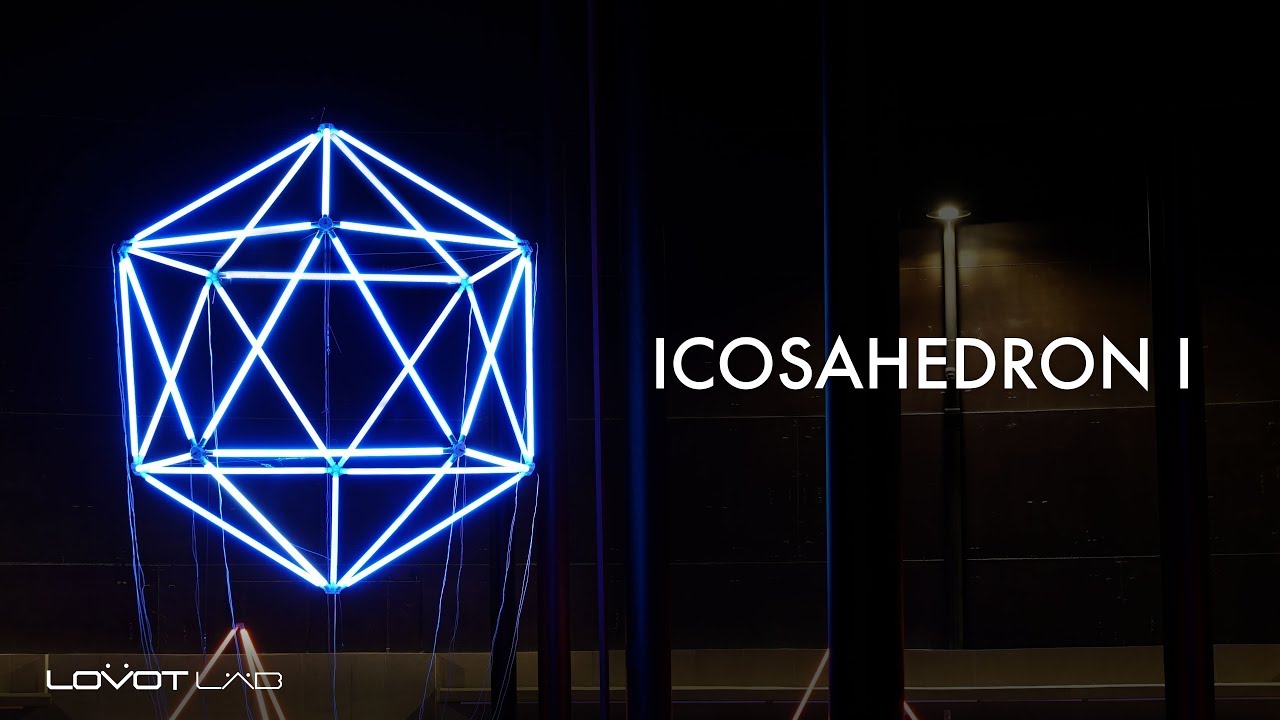